The call to receive applications from cultural institutions, film clubs, universities, independent cinemas and other exhibition spaces in Mexico interested in showing documentary films in their community is open until June 24.

For those interested in programming documentary films, Ambulante offers the opportunity to participate in the next edition of Ambulante Presenta, which will take place from July to December 2018. The movie kit, which we share for free, is made up of 23 feature films and 5 Mexican short films, grouped into 7 different programs. In addition to showing the documentaries, the organizers that are selected should promote a space for participation with the public after the show. Printed materials will be included to improve the discussion.

Ambulante Presenta is the project of the organization that opens a window to the documentary film exhibition throughout the second half of the year and serves the interest of an audience that demands non-fiction films on a permanent basis. The objectives of this initiative are to contribute to the formation of active publics that enrich the dialogue and reflection behind the screenings, boost the capacity of self-management of exhibition spaces, and give more visibility to Mexican documentaries in different cities of Mexico.

The films are grouped into 7 programs, which suggest a path through which to navigate programming by blocks and open a conversation around issues such as identity, defense of the territory and preservation of natural resources, violence and disappearances, music, body, justice and memory, among others.

PROGRAM: The singular and the plural

The cinema of the reality reconfigures the line that divides the intimate and the public, the personal and the political, revealing their interdependence. In addition, the documentary articulates voices and reveals subjectivities while marking a link between a private history and the most complex sociopolitical plots of our times. From the uniqueness of the experience, the testimonial voice, the close-ups and the intimacy of domestic spaces, this program draws a broader panorama around the adversities and discrimination of life in communities of the Mexican territory, transmigration and the legacy of war and violence. These personal narratives give a face and a name to historical phenomena.

What does it mean to defend a territory, a natural resource or a way of life? In what way does the current nonfiction cinema embody the struggle for the preservation of the tangible and intangible wealth of our country? How do image and sound contribute to evoke these landscapes? This selection of contemporary Mexican documentaries records the ways in which diverse groups face daily the extraction of natural resources, globalization and the devastation of the environment. It also explores the interaction between individuals and the world around them, as well as the landscapes of communities affected by climatic and extractive phenomena. They are films that experiment with formal resources to draw an alternate map of the country: imaginary aquifers, aerial and terrestrial that reveal counter-narratives for the future.

This program explores the rhythms, tasks, temporalities and spaces of different types of work: individuals dedicated to the exhumation and search of the disappeared, the tireless work of activists, the arduous tasks in a lemon field and child labor are some examples. What kind of professional guilds and sub-specialties does forced disappearance generate? Through formal strategies such as interviews, conversations, observational approaches or cinema vérité, these documentaries give visibility to certain works produced by our contemporary society.

This program celebrates diversity through music and the characters that animate the cultural scene. Sound waves propagate messages of freedom and in dance halls build ephemeral communities, which point to a utopia still to be realized. With an approach that explores the sound universe of the documentary, this program takes the pulse of cultural phenomena through musical biographies, documentaries about concerts or the relationships that are articulated around music and dance. With a kaleidoscopic vision, this selection reveals the musical diversity of the country and explores its cultural vitality, as well as the affective and creative bonds that produce it and make it possible.

Since its inception, cinema has offered us images of the human body. This program explores the representation of the body that dances, trains and overcomes adversities. Whether as a spectacle, as a means of work, as a vehicle for identity or as a surface susceptible to joy and vulnerable to pain, figuring the body on the screen has also meant talking about how it occupies space, the social perspective that configures “beauty” and an approach to kinesthesia or movement –emblematic experience of cinema as an audiovisual medium.

Through three feature films and five short films, this program explores the immense challenges to access justice in our country. Hasta los dientes –considered “the best documentary of the 2018 Ambulante Festival” by Fernanda Solórzano in Letras Libres– addresses the case of Jorge and Javier, two students of Academic Excellence of Tec de Monterrey, who were tortured and executed by the Army in 2010. The short films selected –winners of the scholarship promoted by Ambulante– investigate complex and exemplary cases of the acriminal justice system, revealing their challenges and expanding the limits of what is possible.

Also, La libertad del diablo, Tempestad and Guerrero confront from an intimate perspective the echoes of violence in society.

Three works by Eugenio Polgovsky (1977-2017) –one of the most outstanding documentary makers of our time– compose a program that reveals his fascination with memory, inheritance and the passage of time.

You can also contact the Exhibition and Distribution Coordination for more information in the email: jmb@ambulante.org

Download the complete information of the movies of Ambulante Presenta here 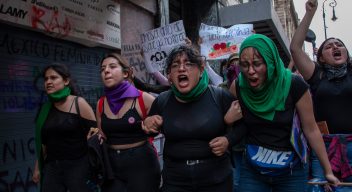 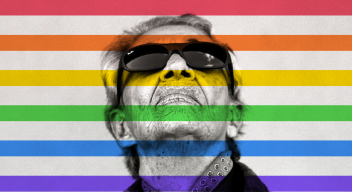