16 Documentaries to Celebrate the World Cup

Soccer is undoubtedly one of the most cherished sports. Many children are passionate about it since they are little, and, in most cases, the interest tends to persist for the rest of their lives. During the World Cup, it is common to have gatherings filled with emotions.

Although soccer is also associated with a multimillion-dollar market and with political controversies, the truth is that this sport is a good reason for people to come together and exchange ideas, one of the fundamental objectives of Ambulante. That’s why we want to celebrate the 2018 FIFA World Cup Russia –which will be held from June 14 to July 15, 2018, with a list of 16 documentaries that show different perspectives about the passion that this sport arouses around the world.

In a suburb of Kampala, capital of Uganda, located a few meters from the Nelson Mandela Stadium, Mubiru Reagan spends his days playing soccer in a dump dreaming of being like the player Fernando Torres. According to director Pablo de la Chica, this documentary defends a model of development in Africa based on education and sports.

Every Sunday, the Annual Favela Soccer Championship brings together fourteen teams representing different communities of Rio de Janeiro. They play in the neighborhood of Sampaio, near the Maracanã Stadium, main venue of the 2014 FIFA World Cup Brazil. In this popular neighborhood, soccer is a genuine expression of the Brazilian culture.

The documentary tells the story of player Zlatan Ibrahimović; from his difficult debut in soccer, to his ascension to become one of the best players in the world.

The acclaimed Serbian director Emir Kusturica shows some key moments in Maradona’s life. Beyond being one of the best players in history, we see this character as an activist with Fidel Castro and Hugo Chávez, also as a parent and as a victim of the international press because of the scandals surrounding his addiction to cocaine.

This documentary is a trip around the world to discover street soccer. Beyond the spotlight and the multimillionaire contracts, Pelada makes us rediscover a sport capable of uniting people and that can be a symbol of hope

For the first time in the history of the Beitar Jerusalem Soccer Club, two Muslim members join the club. This Israeli team, which until then was exclusively composed of Jewish payers, soon faces a response of hatred from its followers, who advocate for “an eternally pure team”. This event unleashes a wave of unprecedented racism, showing another face of the religious conflict that exists in Israel.

In this autobiographical documentary, Director Sergio Oksman narrates the reunion with his father after twenty years of not talking to him. The 2014 FIFA World Cup Brazil becomes the stage for this reconciliation between father and son, but the gap is big and the failures of the Brazilian team do not help improve the relationship.

In another film about the soccer legend Diego Armando Maradona, we are taken to the time he played in the Naples team. Although this happened in the 80s, the player has left, until today, a profound feeling of pride in the spirit of the Neapolitans.

At a time when Pablo Escobar and the war between cartels was terrorizing Colombia, the national soccer team gave hope to the Colombian people when it became one of the best teams in the world. Andrés Escobar, whose name is purely coincidental, was one of the symbols of Colombia’s soccer boom in the 90s. In addition, at that time there was still the so-called “narco-soccer”, of which Andrés inevitably ended up being a victim.

I Want to be Messi

This documentary shows soccer as a big industry that only seeks to profit at the expense of anyone, even if it is children whose dream is to become great soccer players.

The documentary narrates the establishment of the soccer team of Croatia, also called Vatreni, as an independent country after its separation from Yugoslavia. Three years after the independence war, Vatreni ended up in third place in the 1998 World Cup in France. This documentary reveals the relationship between sports and politics in a changing context.

This documentary is a spectacular portrait in real time of Zinedine Zidane during a King’s Cup match between Real Madrid and Villarreal on April 23, 2005. Seventeen cameras located at the Santiago Bernabéu Stadium captured each gesture of the player, bringing the audience closer to the body and mind of one of the most important soccer players of the 21st century.

Laurentiu Ginghină –after having a bone broken during a soccer match when he was a student– became obsessed with finding ways to improve the rules of this sport. His theories are always fueled by philosophical reflections that make him a character as eccentric as fascinating.

On November 28, 2016, the plane that carried the Brazilian team Chapecoense to the final of the South American Championship in Colombia crashed. This documentary, co-directed by the filmmakers of The Two Escobars, follows the reconstruction of the team after this tragic accident, in which only three players survived.

The American Samoa Soccer Team is considered the worst team for losing 31-0 against Australia. The team decides to hire the Dutch coach Thomas Rongen with the objective of having at least one victory, which has not happened since 1994.

The African and Asian migrants that are working on the construction of the buildings for the FIFA World Cup Qatar 2022 suffer labor exploitation, which has been denounced by Amnesty International. In order to escape from their reality, they compete in a championship organized exclusively for them. 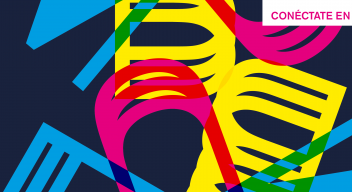 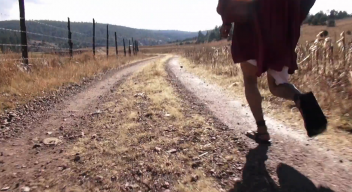 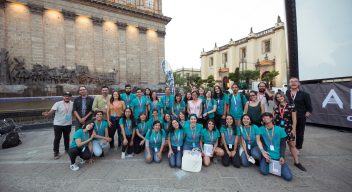