Ambulante will distribute Guerrero, a film by Ludovic Bonleux. This documentary will be available as of June 29 in various venues in Mexico City, such as Cineteca Nacional, Le Cinéma IFAL, La Casa del Cine MX, and UNAM, and in other cities in Mexico, which will be announced briefly. You can check the showtimes here. In addition to the theatrical release by Ambulante, Guerrero will also be available in FilminLatino on that same date.

Guerrero is a Mexican state with one of the highest inequality and violence indexes in the country, and a region where social movements have always been quite militant and organized. In this context, Bonleux’s documentary shows the work of activists in rural areas, usually away from mainstream media. Despite the sacrifices this struggle entails, they remain firm on denouncing impunity.

The film focuses on three main characters: Coni, a member of the community police United Front for the Security and Development of Guerrero (FUSDEG); Mario, a member of the civil groups that search mass graves to find their disappeared relatives; and Juan, a rural teacher and social activist of the State Coordination of Education Workers in Guerrero (CETEG) and the Guerrero Popular Movement. Through them, we visualize the discussions and tensions between some of the social movements in the region where Tlapa, Chilpancingo and Iguala intersect, as well as the disputes that divide a territory split into several actors who suffer and exert violence. We dive into the conflict between community polices, government security forces, narco networks and the militant social movements.

The relationship the French director has with the state of Guerrero goes back to 2002, when he started working on a documentary photo project in this region. Throughout fifteen years, Ludovic has addressed other issues in this state, related to human rights, like in his feature-length documentaries Acuérdate de Acapulco and El crimen de Zacarías Barrientos. Following the disappearance of the Ayotzinapa students, he wanted to go back to Guerrero and tell another necessary story. According to the Global Impunity Index in Mexico in 2018, 99.3% of all crimes go unpunished. “There was a powerful uprising in Guerrero, people were looking for their relatives. I decided to film the activists who were fighting against impunity. I was more interested in documenting their doubts – whether they had to sacrifice themselves for the cause or not, than their certitudes. Throughout all these years, I’ve met many activists, and many of them are now disappeared, in jail or dead. This film is a homage to all of them.”

This feature-length documentary has been featured in the lineup of various international film festivals, and has received awards such as Diosa de Plata to Best Documentary, Best Social Justice Documentary by the Santa Bárbara International Film Festival, and the Audience Awards by the Zanate Film Festival.

Many people do not want to see what is going on with the thousands of people who are missing in the country. Documentaries allow us to travel in time and space, and this record helps us to remember. I deeply believe in this function documentary cinema has,” concludes Bonleux. 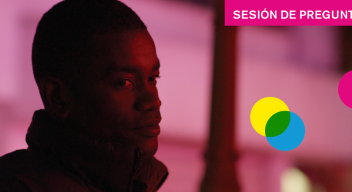 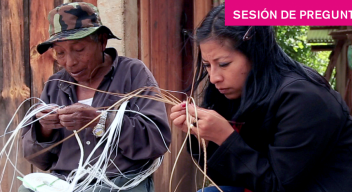