The section, directed towards a younger audience, will be scheduled in the eight states that the tour covers from February 21 to May 16.

Ambulantito, the section of the documentary tour aimed at children and young people, this year consists of two programs of animated and documentary short films: Ilusions, proposes the exploration of nature and living things; and Hallucinations, composed of stories that speak on daydreams, illusions, magic and other feelings that deal with the senses.

“This year Ambulantito will experiment with the central theme of the tour, optical illusions, based on two key concepts: illusion, as a central pulse of living beings and their transformations, and hallucination, as a game of perceptions that allows us to approach reality hand-in-hand with fantasy. The section is composed of 24 films from nine countries — Mexico, France, United States, Canada, Russia, Czech Republic, Slovakia, Switzerland and Germany — from various eras (from 1949 until 2018), which allows us to enter a long journey of looks, styles, and ways of creating film. With these curated films we invite children and their families to enjoy a rich cinematic experience with various types of references, which will hopefully stimulate and allows them to give their curiosity free rein,” says Itzel Martinez, programmer at Ambulante.

The films in the program are:

At dawn, a train ride through New York turns into a kaleidoscopic adventure of shapes, colors, lights, and movement. The restless camera shows the sun painting the city orange, mixed in with jazz music to take us beyond reality.

Tired of the stomping on top of the suitcase where he lives, a miniature man prepares a lesson. Realizing that the distracted stompings come from a blind man, the miniature man jumps into his pocket to help the blind man navigate the streets alerting him with an improvised trombone.

A street kid selling cookies finds an abandoned kitten. His generosity is rewarded with the love and loyalty of the small feline. Together they face urban apathy, sharing the affection and fun they never knew themselves.

The Theory of Sunset | Teoria Zakata

Each morning, while everyone is asleep, a young boy crosses the wintry forest to do a very important job: to make sure that the new day starts on time. The story builds an imaginary explanation about different cycles: of the sun, of life and of death, all in harmonious existence.

After creating the earth, Ch’ujtiat discovers the ingratitude of its first inhabitants. To punish them he causes a great flood, and turns the survivors into monkeys and gives new life to a new couple to repopulate the world.

A long time ago, all the animals wanted to know the fire that burned on a hill. A frog with water in its mouth, a chicken that fans the flames with its wings and a tlacuache whose tail is lit by accident are responsible for spreading the fire.

Ignoring their parents warnings, two brothers, play near the river. Their fascination with the figures of two kids jumping around near the water will bring dire consequences.

Lina is scared of the dark. The shadows in her room transport her to a clearing in the forest that surrounds her house. There she meets Aúúúna, a kind wolf that shows her the secrets of those elements that used to terrify her.

A stroll through an amazing miniature safari through extreme close-ups in which cockroaches, flies, caterpillars and various small reptiles reproduce the dance between predator and prey.

Furry and his friends live in a den inside a dark forest, where every day they wait for seeds to fall down from the sky that turn into bright fruits. However, Furry is not willing to wait anymore and decides to face the forest that everyone fears.

In a forest almost completely devastated, a child finds a small root. With his care and the sacrifice of an old tree, that small potential hope will make the surroundings green again.

No one likes to look bad in photos, not even monsters. This is the story of Sasquatch, a giant furry creature, and his attempts to make terrified hikers take a photo according to the image he has of himself.

What mysteries are hidden in each book and in each hallway of a library? This short film is an animated exploration of the materials, spaces, objects, and users that every day give life to the iconic Vasconcelos Library in Mexico City.

Expelled from the weekly machinery for incompetence, Dimanche finds himself with a new friend with whom he experiences diverse emotions. His reverie ends when he sees the need to reinvent the machine. A story that confronts routine with multiple possibilities that exist in nature and free time.

This film shows an artifact of optical games and rhythmic gears created by the talented pair Ray and Charles Eames in 1957. This playful toy was one of the first inventions powered by solar energy. The audiovisual register of that machine was found in 1990, and from it this short film was obtained.

With a play on words between ‘knowing’ and ‘seeing’, this short film teaches us to look again at the objects of everyday life, discovering their insides and the way they camouflage themselves in the spaces they occupy.

Nights in the jungle are full of sounds, songs and laughter of the aluxes, creatures that escaped the heavens. Without being able to expose themselves to the light, as soon as the sun falls they insist on creating pyramids to get closer to their place of origin

The gusts of wind we feel everywhere is an ancient drunk man that destroyed everything in his path who was then turned into the wind.

Sold by her stepsisters, Malintzin, works as a translator to a Spanish merchant. While visiting Tenochtitlán she is rescued by Moctezuma. Angered by this, the merchant accuses the Aztecs of theft to Hernán Cortés, who invades the city under this pretext.

At night, while everyone is asleep, new figures emerge among the toys to create funny characters and new adventures. The darkness is illuminated, the blocks transform into animals and they form scenarios full of surprises…until the alarm goes off.

Photographs the experiences of different kids and adults while they try to keep a sour ball in their mouth for as long as they can. The camera does not lose sight of them while they show all kinds of reactions.

A man fantasizes with the power of going into the minds of those around him to steal their dreams, wishes, and personal experiences, to fill his own empty mind. A reflection full of symbolism that invites us to create our own interpretation.

Upon returning to earth, an astronaut is having difficulties adapting to a work routine, nothing is as exciting as space. This is a story about persistence and the desire to find a place in the world.

An explosion of abstract colors and animations that envelop the expressive possibilities of film material and the syncopated cadences of Oscar Peterson’s jazz at a dizzying pace. 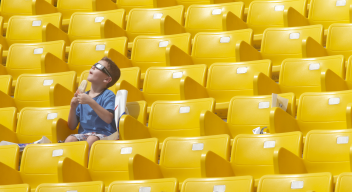 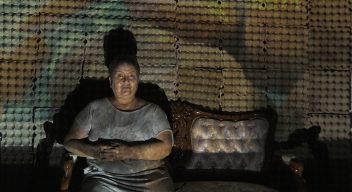