We announce our experimental section Injerto

This year, the distinctive section of Ambulante dedicated to avant garde film will present a program dedicated to women filmmakers from a diverse range of generations and countries who, specializing in different genres (documentary, animation, experimental film), follow a laborious process of audiovisual creation focused on the materiality of the medium.

“The section brings together works that reclaim the materiality of the moving image as a medium, or better said, médium: the exposed, intervened, interrogated ‘skin’ of film, which overshadows reality. This section consists of 30 short films from 15 countries— Germany, Australia, Brazil, Canada, Chile, the United States, Spain, France, Ireland, Mexico, New Zealand, Sweden, the United Kingdom, Ukraine, and Venezuela— made between 1944 and 2018. Following a laborious process of artisanal creation, the directors— all of them women— mobilize the ‘living image’ of film to unravel other dimensions of experience. The world of the psyche contaminates the familiar space.It brings irreverence to light. The censored spaces come to life. The blindspot turns into a new lens,” describes Mara Fortes, curator of Injerto.

The selection is divided into four programs of short films that explore animation, animism, and the animated in cinema: Optical Illusions, Mythologies, the Ordinary Sublime, and Rituals. Three of the filmmakers will also have a Focus in some states. Through showing multiple works and having an extended talk, these Focuses will allow the directors to discuss their career paths and artwork. Stacey Steers, whose work stands out because of her use of collage and reinterpretation of silent film, will be joining Ambulante in Oaxaca; Jodie Mack, who through domestic and recycled materials discovers the shared elements between abstract art and mass-produced graphic design, will be in Querétaro; and Julie Murray, a visual artist who explores impressions of textures and the limits of form as essential elements of the illustrated content, will be in Mexico City.

“This year, Injerto will celebrate the legacy of women filmmakers who seek to inhabit the dark density which returns mystery to that little thinking machine with skin of polyester and pixels— and which does not know inert worlds— which we call ‘cinema’. All of them follow a laborious process of putting to test the capacity of the little machine’s body— its guts of celluloid or digital sensor— of absorbing life, of giving reality another pulse, of constructing images that unfold in places and times alien to human experience, which are always real,” adds Mara Fortes. 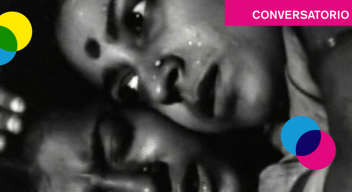 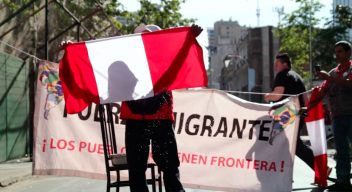