She is Not Conscious

In their stunning and heartwarming documentary debut, Erick Stoll and Chase Whiteside provide a tender glimpse into the lives of 93-year-old América and her three grandsons, who act as her caregivers. With an eye for subtle intimacies and emotion, América gently leads viewers into the Alvarez Serrano family home, candidly revealing the unconditional love between grandsons and grandmother, as well as the tensions that arise as the grandsons place their lives on hold to care for the ill yet lively América.

With its opening scenes set in Puerto Vallarta, a resort town on Mexico’s pacific coastline, América begins by following Diego Alvarez Serrano, a performer who works part-time as an Elvis impersonator on stilts. Early on in the film, Diego, whose eccentric, boyishly confident personality immediately reveals itself, poetically confides his desire to be like water:

I want to be like the water. Like a body of water stretched over everything. That’s why I left Colima. There, I felt adrift.”

Soon after this reflection, Diego is called to return to Colima, his hometown, to take care of his grandmother América after his father Luís is arrested for reportedly neglecting to take care of her. In Colima, Diego and his brother Rodrigo take full responsibility for América while also grappling with an almost unnavigable judicial system to free their father from jail, believing that his reported crime was merely a misunderstanding. From that point on, both brothers (and, later, the third brother, Bruno) try to acclimate themselves to a new normal, in which their lives are centered around the illness— and wellbeing— of América.

No longer adrift, Diego and his brothers find themselves anchored down, having to care for América’s every need— making her breakfast, taking her to the bathroom, giving her showers. Rodrigo, the eldest of the brothers, expresses his frustration with their situation more clearly than the others:

I give her the best quality of life because she lives in my house and she deserves it. I don’t deny anything to her, but sometimes I don’t understand how to deal with her, because she is not conscious. She operates under nothing but the most basic instincts.”

The film comes into quiet tension with this denial of América’s consciousness, sharing with the viewer her joys, sorrows, gratitude, and witty sense of humor. One scene, for instance, shows América singing along to a song on the radio, perfectly rendering every word and note, being seemingly transported to a different era. Amidst her dementia and other ailments, América lovingly captures the grandmother’s heart of gold, keen awareness, and endearing nature.

Though gentle and subtle, these sensitively captured moments act as a powerful commentary against the invalidation and neglect of the elderly.

América serves as an ode to the constant love and self-sacrifice that caregivers must practice. Notably, it does so without placing judgment or shame on those who prefer independence, as it simultaneously acts as a witness to the many burdens family members carry when they must play the role of caregivers. Above all, with its honest, empathetic lens, América defends the consciousness, beauty, and human worth of the elderly, a frequently overlooked part of society’s margins.

We Unveil the Programming of Pulsos and Ambulante Beyond 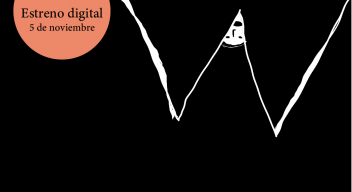 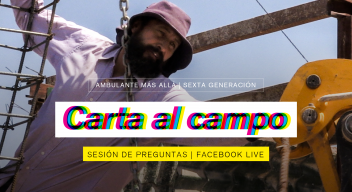