In the eyes of his close family members, Alfredo Ovando Candía was a warm, loving husband, father, and grandfather who always put family first. In the public eye, however, the former president, dictator, and military commander has been called a murderer and conspirator by many, in light of various controversies that plagued his time in power. Still Burn explores the tension between these drastically contrasting views of Ovando Candía, exposing the complexity of a political figure’s reputation when it is entwined with his family’s love, memories, and, often times, denial.

Alfredo Ovando Candía assumed the Bolivian co-presidency in 1965, in the aftermath of a coup d’état which placed him and the former Vice President René Barrientos in power. After losing the presidential elections little more than a year later, Ovando Candía geared up for the subsequent elections, only to execute another coup d’état which made him dictator of Bolivia for the next 13 months. Ovando Candía’s time as president and military commander was riddled with controversies which continue to complicate his reputation to this day. Among these are the massacre in the mining community Siglo XX, the execution of guerilla leader Ernesto “Che” Guevara, and the killings of radical leftist university students in Teoponte.

Through nostalgic anecdotes, old photo books, and reels of film taken by family members, director Mauricio Alfredo Ovando captures the elements of his grandfather’s life that fail to reach the textbooks— the voice notes he left for his children, his heartbreak after the loss of his son, the way he read books to his grandchild. If history preserves the skeleton of Ovando Candía— an outline of who he was and what he did— these family memories preserve the flesh, revealing the soft humanity that historical documentation cannot always capture. Rather than overriding Ovando Candía’s errors as a political and military leader with these expressions of humanity, Mauricio Alfredo Ovando uses them to complicate his grandfather’s image. In doing so, this work shows that the many versions of Ovando Candía must come together to form the truthful whole; to accept only certain versions is to deny the rest, and therefore all parts must be examined.

Still Burn reveals the paradoxical nature of history when it is viewed through a family lens. Family history, much like political history, can be revised and twisted into whatever one wants it to be. What makes family history special, however, is the love and intimacy that one shares with a father, grandfather, and husband, which makes it almost perverse to condemn his actions as a dictator and military leader. Still Burn powerfully expresses the painful, guilty, or gracious relationships family members have with this tension. Equally loving and critical, this documentary hints that the paradoxical aspects of Ovando Candía’s image must be recognized in their inextricable entanglement if they are to be understood at all. 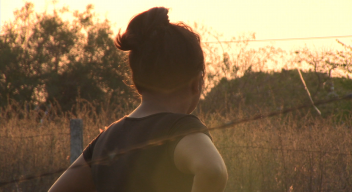